Nevada cannabis license laws can get very complicated. If you’re a cannabis user and a resident of this state, you must understand these laws to avoid legal trouble.

NEVADA IS NOT CURRENTLY ACCEPTING ANY NEW CANNABIS LICENSE APPLICATIONS

There are potential opportunities with sub-licensing from an existing license operator.

Fill out our form, and let us know “you have future interest” and we’ll keep you in the loop when licenses become available again in Nevada.

Home to Las Vegas, which is dubbed the “Gambling Capital of the World”, Nevada has a reputation for having a more relaxed view towards recreational activities, such as gambling and prostitution. In fact, Nevada is the only US state to have legalized prostitution. But what about cannabis?

When some US states started legalizing cannabis, Nevada has joined the bandwagon by first legalizing the use of cannabis for medical purposes. Eventually, the recreational adult use of cannabis has also been legalized in the state.

Today, both recreational and medical cannabis are legal in Nevada. Recreational cannabis users who are at least 21 years old are allowed to purchase up to an ounce of cannabis or up to 1/8 ounce for concentrate. 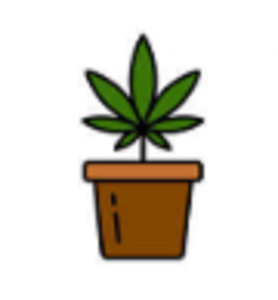 Grow cannabis legally for a small business (Micro-Cultivation) or get a (Standard Cultivation) for a large-scale operation. 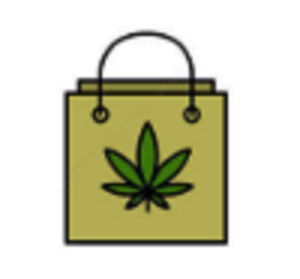 Build, own and operate a physical cannabis dispensary retail store in your city. 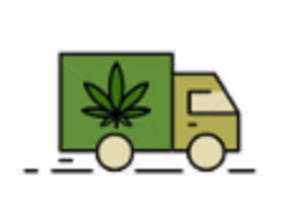 Operate a cannabis delivery service for your own dispensary or other dispensaries in your city! 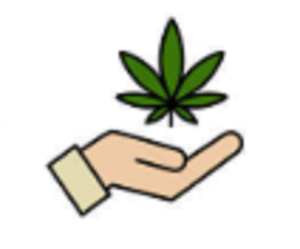 Refine and process cannabis to create extracts, edibles, vapes, and others. Grade potency and classify the cannabis.

But which people are qualified? Under the Nevada medical cannabis laws, patients can use cannabis in the treatment of various chronic or debilitating medical conditions that can include the following:

Because of the passing of Question 2 or the Initiative to Regulate and Tax Marijuana, recreational cannabis has been made legal in the state but only for adults or those who are at least 21 years old.

Those who are at least 18 years old but possess a valid medical marijuana card are also allowed to purchase cannabis legally in the state, even if such a card was issued from another state. Minors may also be eligible for the medical marijuana card for as long as their parent or guardian will sign a “Minor Release Form”, and agrees to act as the primary caregiver of the patient.

Those who are holding a valid medical marijuana card and are at least 18 years of age are allowed to purchase up to 2.5 ounces worth of useable cannabis products within two weeks or equivalent to 14 days. These products include edibles, flowers, concentrates, topicals, or any product that contains cannabis.

The calculation of these limits will be based on the total amount of cannabinoids in every product. For instance, if the patient would like to buy five 100 mg cannabis candy bars, he or she can use the remaining limit to purchase other cannabis products, whether topicals, cannabis or concentrates within the two-week period.

Although medical marijuana patients are able to purchase products from various dispensaries, their purchases will be tracked in real-time by the state in order to ensure that they are within their limits.

Cannabis consumption in Nevada must be done in private. It is illegal for anyone to smoke cannabis in public places, on federal land, or in a vehicle. Anyone caught will be fined.

There are also marijuana social lounges that are operating all over Nevada where users are allowed to consume cannabis. Although some of the hotels would allow guests to smoke cannabis, most hotels will not allow the use of cannabis within their premises due to the conflicting federal laws. This is especially the case for big casinos that work really hard to meet the gaming regulations, and will less likely to break the federal laws on cannabis.

Although there have been talks about cannabis resorts opening in Las Vegas in the future, it is best to maintain a low profile when consuming cannabis in Nevada. Anyone who will be caught violating the Nevada cannabis laws on public consumption could be charged with a misdemeanor and this is punishable by up to six months in jail or a fine of up to a thousand dollars. In some cases, the ruling judge will require community service in addition to fines and jail time.

When cannabis is being transported in a vehicle in Nevada, the product must be placed inside a sealed container, that is not accessible to the driver or any minor passenger. Otherwise, the driver will be slapped with an “Open Container” fine. A more severe citation will be given if there is a minor in the vehicle.

As stated on the Nevada cannabis laws, it is illegal to bring cannabis across state lines even if the destination state allows the legal use of cannabis. This is because different states have different regulations on the consumption and possession of cannabis.

The US Postal Service must not be used as a means to deliver cannabis products. All suspected mails will be subject to search, especially if it produces a cannabis-like smell. If an employee of the post office will notice any suspicious package, they must immediately report this to the proper authorities. In the event that they discover something illegal is inside the package, they will still attempt to deliver the package. However, they will report the addressee to the proper authorities and an arrest will be made.

Unless the minor possesses a valid medical cannabis card, it is illegal for him or her to consume cannabis or any cannabis-infused products. If caught, this could lead to a misdemeanor.

Anyone caught distributing cannabis to minors will be punished with at least one year of a jail sentence for the first offense. The violator could also face up to life in prison for subsequent offenses.

As part of the passing of Question 2, growing cannabis at home in Nevada is not allowed within 25 miles of a dispensary. This law effectively blocks most of the residents of the state from growing their own cannabis plants at home. However, this stipulation can be waived if the dispensary won’t be capable of supplying cannabis products to a patient holding a valid cannabis medical cannabis card. The stipulation will also be waived if the cardholder is too ill to travel going to the nearest dispensary or if he or she does not have transportation. Nevada residents who are legally allowed to cultivate cannabis must only grow up to a maximum of 12 plants, regardless of whether they have matured or not.

Out of state patients who are holding a valid medical cannabis card that was issued in his or her home state will be allowed to legally purchase cannabis in Nevada. However, visiting patients are required to adhere to the Nevada cannabis laws, regardless of how much cannabis each patient is allowed to possess in the state where they came from. Here are the laws that apply to visiting patients:

Most of the states that have medical cannabis laws have met the criteria, and Nevada does not have a list of programs that don’t meet the criteria. If you’re not sure whether or not your medical marijuana card will be accepted by a dispensary in Nevada, it is best to call in advance.

Hiring us as your cannabis license experts is a great way to get your business up and running. We’ll streamline the entire application process and know exactly what the state wants to see.  Contact us and get started today.